Footsteps member Sara Erenthal has been hailed as one of New York City’s top 10 street artists. Now, she’s leaving her mark on the streets of Israel.

Read more about Sara in ArtNews.

A small number of other organizations exist that engage with the problems in the Haredi world, but their issues are far from the broader Jewish agenda. Footsteps, an organization that helps those who wish to explore the world outside their Haredi enclaves, with which I’ve worked closely, is a small organization that operates largely outside the mainstream Jewish organizational network. Unchained At Last, founded by a former Haredi woman who, as a teenager, was pressured into an arranged marriage that turned violently abusive, seeks to help women get out of similar situations, but it also operates largely unknown to the broader Jewish world. These ‘” and others ‘” are small organizations with big missions, missions that should be the purview of all Jews, but aren’t.

Chavie Weisberger married a man she’d barely met and suffered for years until she realized she was a lesbian. But her greatest battle was yet to come.

Read the full article and watch a WPIX interview with Chavie. 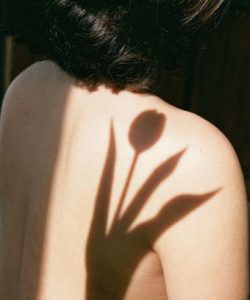 Growing up in a highly insular Hasidic community in Borough Park, Brooklyn, I had little knowledge of secular culture. I had no access to popular music and movies, or even to classic works of secular literature. I was expected to be a modest Jewish girl, which meant not asking questions. I knew my purpose in life was to follow the community’s pre-scripted life of marriage by 18, homemaking, and, most importantly, producing as many children as possible.