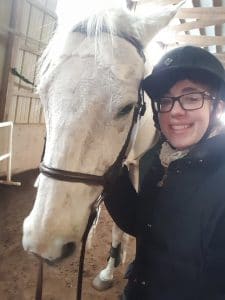 Sometimes things are not as they appear.

Growing up in Monsey, NY, Chai Landau believed that her parents, who lived an ultra-Orthodox lifestyle and sent her to religious schools, were true believers. So when Chai decided to leave religion she thought she needed to keep it from them.

Then one Shabbos, when Chai was secretly on Facebook, she noticed that her parents were logged on too.

‘œMy parents raised us religious, and in their heads, told themselves they’d give us a choice when we reached a certain age or if we expressed disinterest,’ Chai says. ‘œI didn’t know I had a choice about being religious until I wasn’t anymore.’

Three years ago, when Chai decided at the age of 18 that she had had enough of religion, she left with her parents’ blessing. Nevertheless, she still bore with scars.

Chai had a hard time in school primarily because her principals considered her a troublemaker for asking too many questions. She was kicked out a number of times, causing her to bounce from school to school and never found her place. Plus, the religious mentality was ingrained.

‘œIt messed with me in that I thought I was going to hell any time I broke a rule,’ Chai says. ‘œOh my god, I didn’t daven, so I’m going to go to hell.’

When she found Footsteps she felt like she finally found a community of people who understood her as well as a fresh opportunity to build a future.

‘œWhen I joined Footsteps, I had no prospects. I was in community college, but I had no money,’ Chai says. ‘œFootsteps helped me with scholarships, which is the only reason I’m graduating.’ 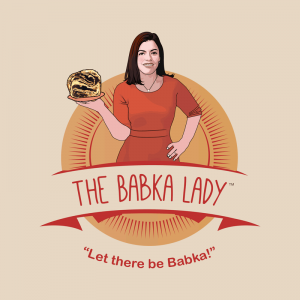 Chai created this logo for Footsteps member Frimet Goldberger, aka The Babka Lady.

This spring Chai will graduate from SUNY New Paltz with a Bachelors degree in graphic design.

Beyond the scholarship, Chai has also benefited from a number of other Footsteps programs. This past January, Chai won a ‘œGo for It’ microgrant, which allows members to apply for grants of several hundred dollars to be used for a personally enriching experience. Chai chose to take horseback riding lessons. She had been obsessed with horses as a young child, but never got to take more than a couple of lessons due to money constraints.

‘œI found a local stable and connected with my passion for horses. I never would have done that if not for Footsteps,’ she says.

In addition, last summer, Chai participated in the Footsteps Career Fellowship and interned for a record label, designing covers for bands, an ‘œinvaluable’ experience, she says. Chai attributes her success in part to Betsy Fabricant, Footsteps Director of Support Services.

‘œI actually applied to the career fellowship a year before, but I was afraid to go to the city on my own so I had to turn it down,’ Chai says. ‘œI applied again and Betsy helped me to get over my anxiety. Betsy believed in me.’

Chai now plans to get a job as a graphic designer and continue living a self-determined life.